LET THERE BE BRIGHT

A SPACIOUS SOLUTION FROM A SLIGHTLY AWKWARD AREA WITH SOME LIMITATIONS. 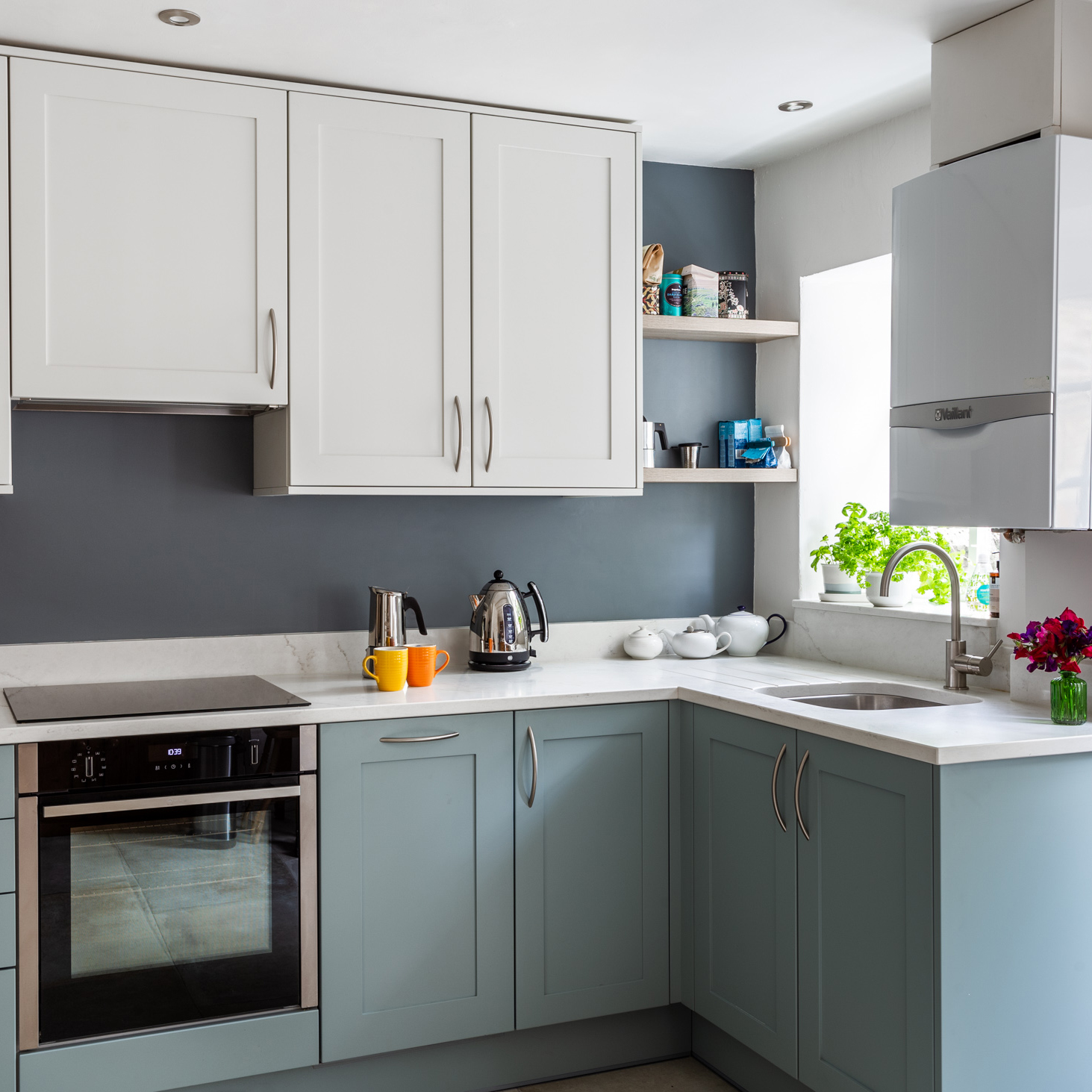 Despite the kitchen cabinets being white at the time, when we first went to look at this kitchen it felt very dark and closed in. The client wanted us to look at making a brighter space that felt more open and airier.

Due to the size of the kitchen, we were limited to what we could change in terms of layout – the sink and hob really had to stay where they were currently situated. One area of the kitchen that we could explore making some major changes to was under the stairs.

In the previous layout you accessed the under stairs space in a tight recess opposite the main cabinets. This was awful to get into and meant that the fridge door couldn’t even fully open.

We assessed the space and decided to block up the current opening and introduce a new one on the side of the stairs instead. This allowed us to return the cabinets and worktop around the corner, creating more storage where there had previously been wasted space.

We were able to create a bespoke shelving area to fully maximise the storage capabilities in this newly created alcove, perfect for storing jars and spices. Once we opened up the side of the stairs, we created another bespoke shelving area that would now house the fridge, so that it was easily accessible, and created further storage alcoves that used every inch of available space.

To create the airier feel we used light quartz worktops which immediately lifted the space compared to the previous wooden ones. We installed under wall cabinet LED lighting and the client opted for a much lighter floor tile which transformed the space.

The use of a much wider tile also helped to create the illusion of space in the room. So much so that we were even able to use darker cabinet and wall colours to create stunning features without the worry of it looking too dark.

I love my new kitchen. I’ve gone from a room that felt a bit miserable and dingy, with not enough space, to a lovely bright, welcoming room with shelves to spare.

It was an awkward area to design, and the previous attempts had resulted in a fridge that couldn’t fully open and wasted corners. Now every inch is used and it feels so much more spacious. It’s beautiful.

On top of that Donna and the Four Seasons team, and Dave the fitter, were a joy to work with. Thank you. 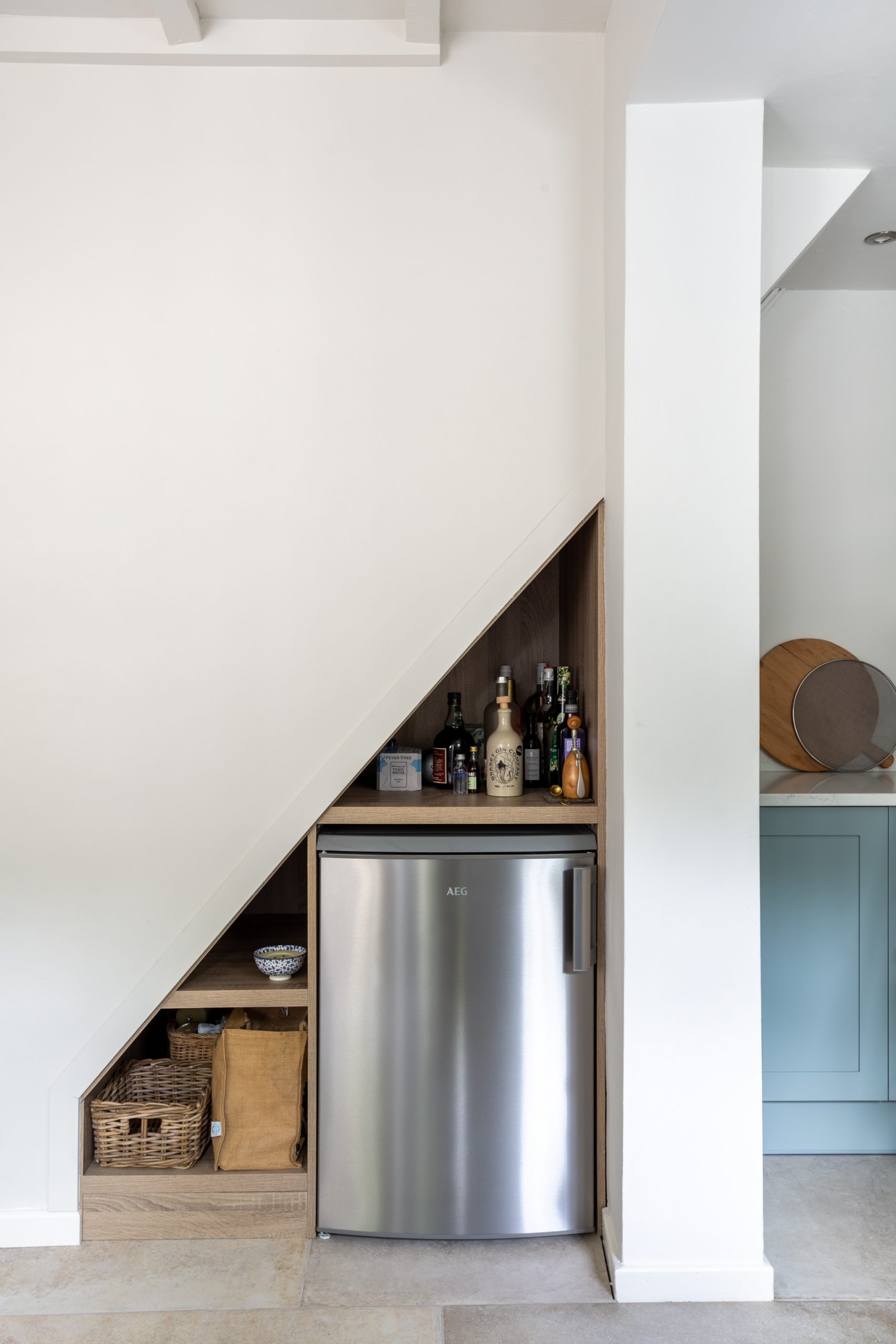 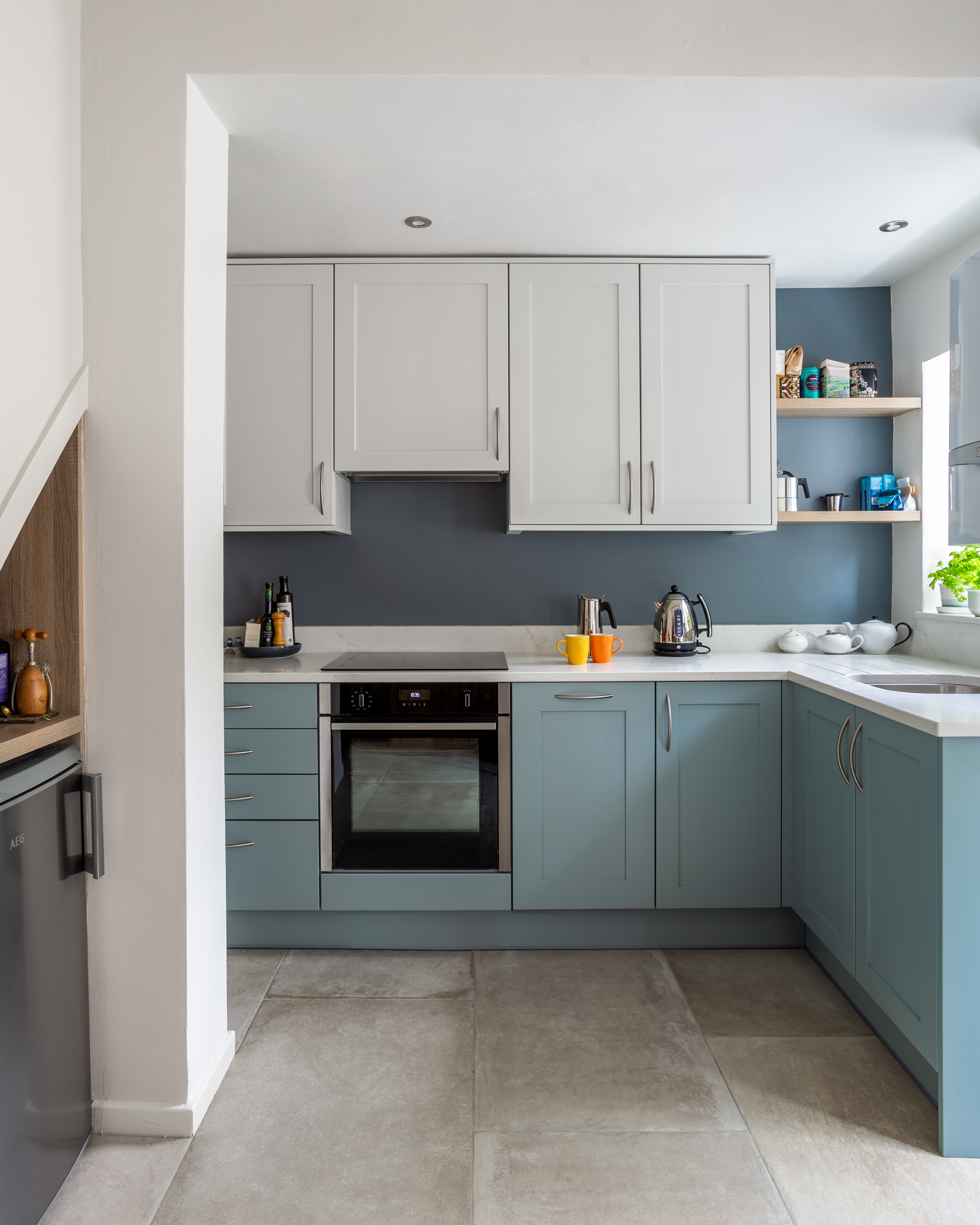 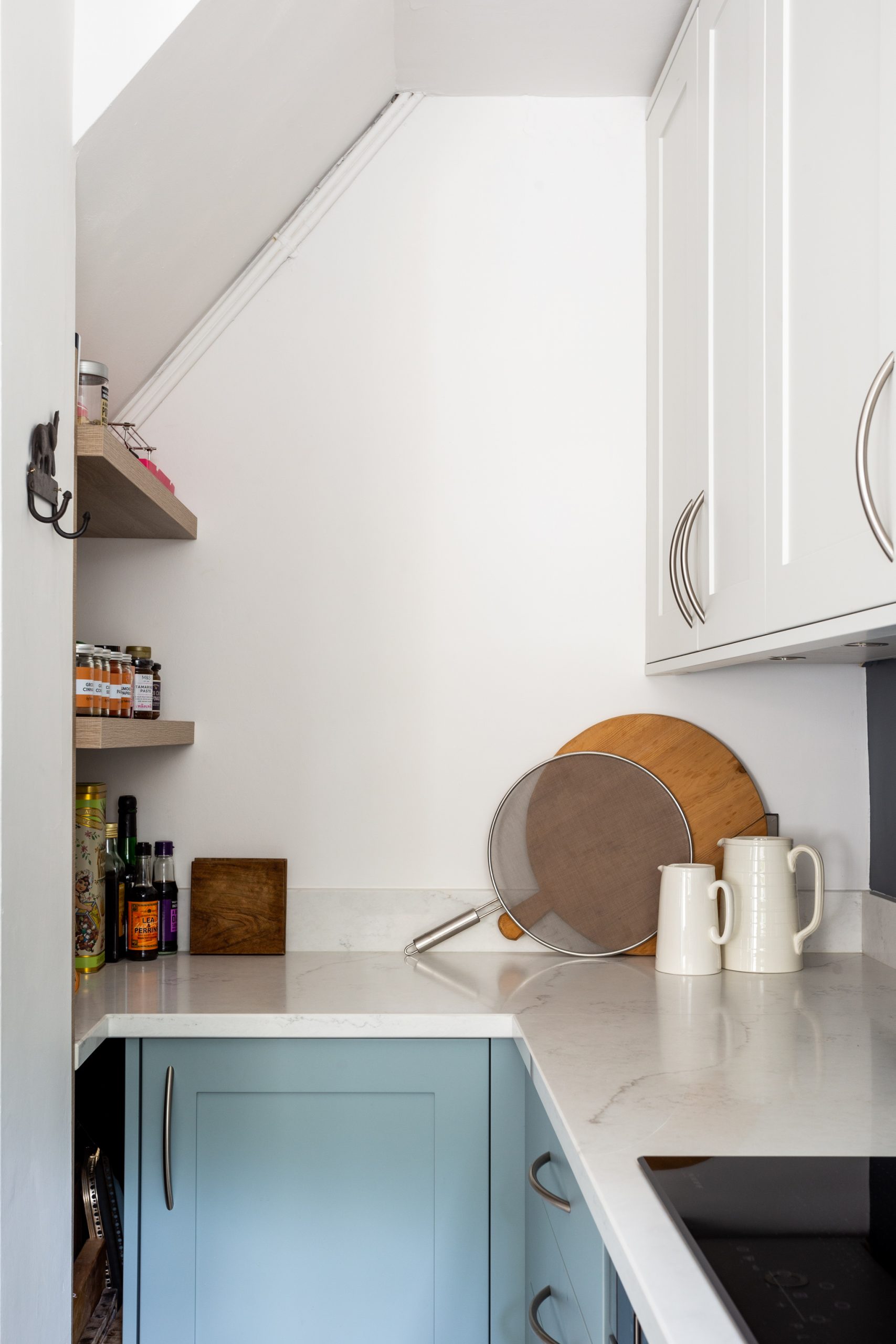 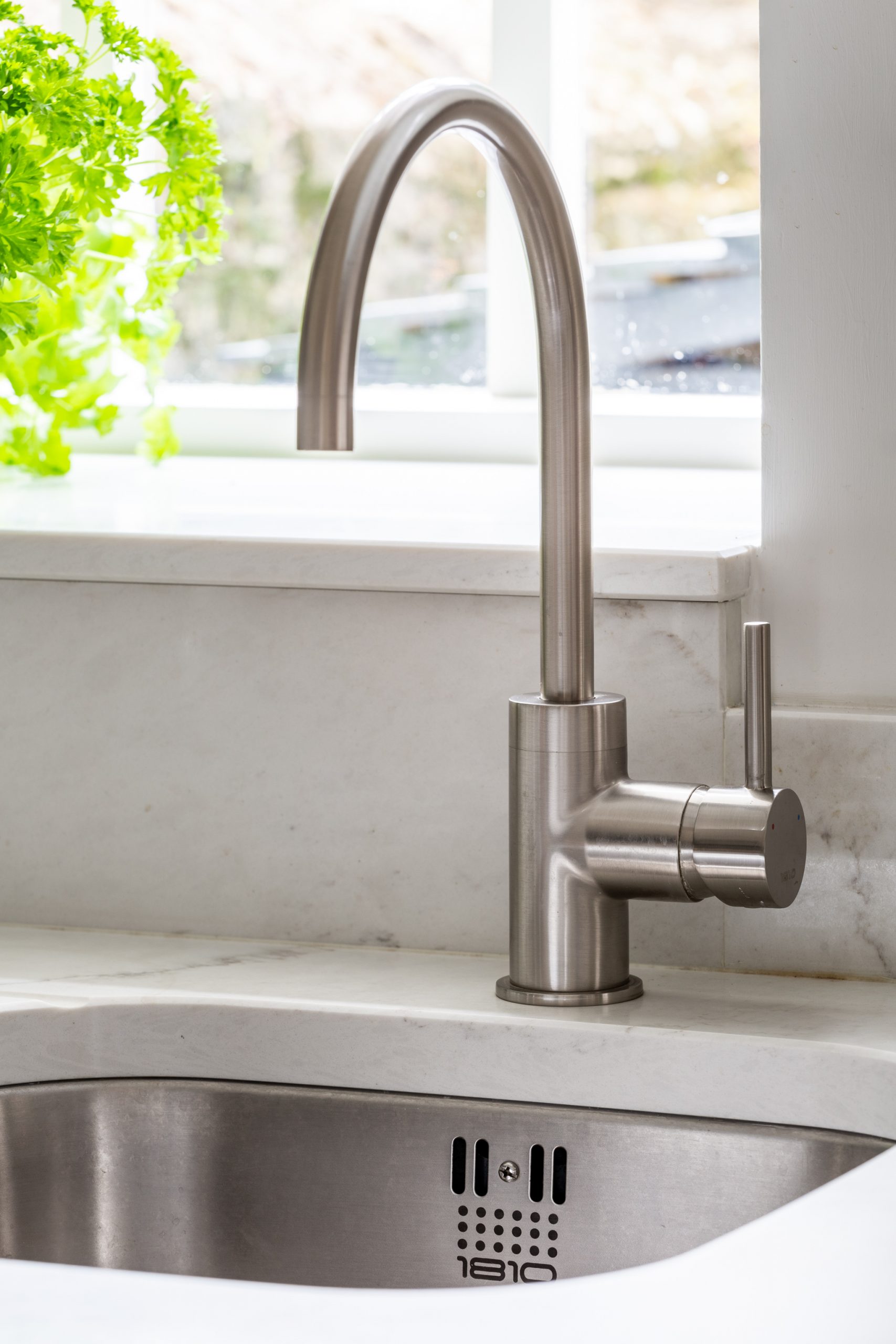 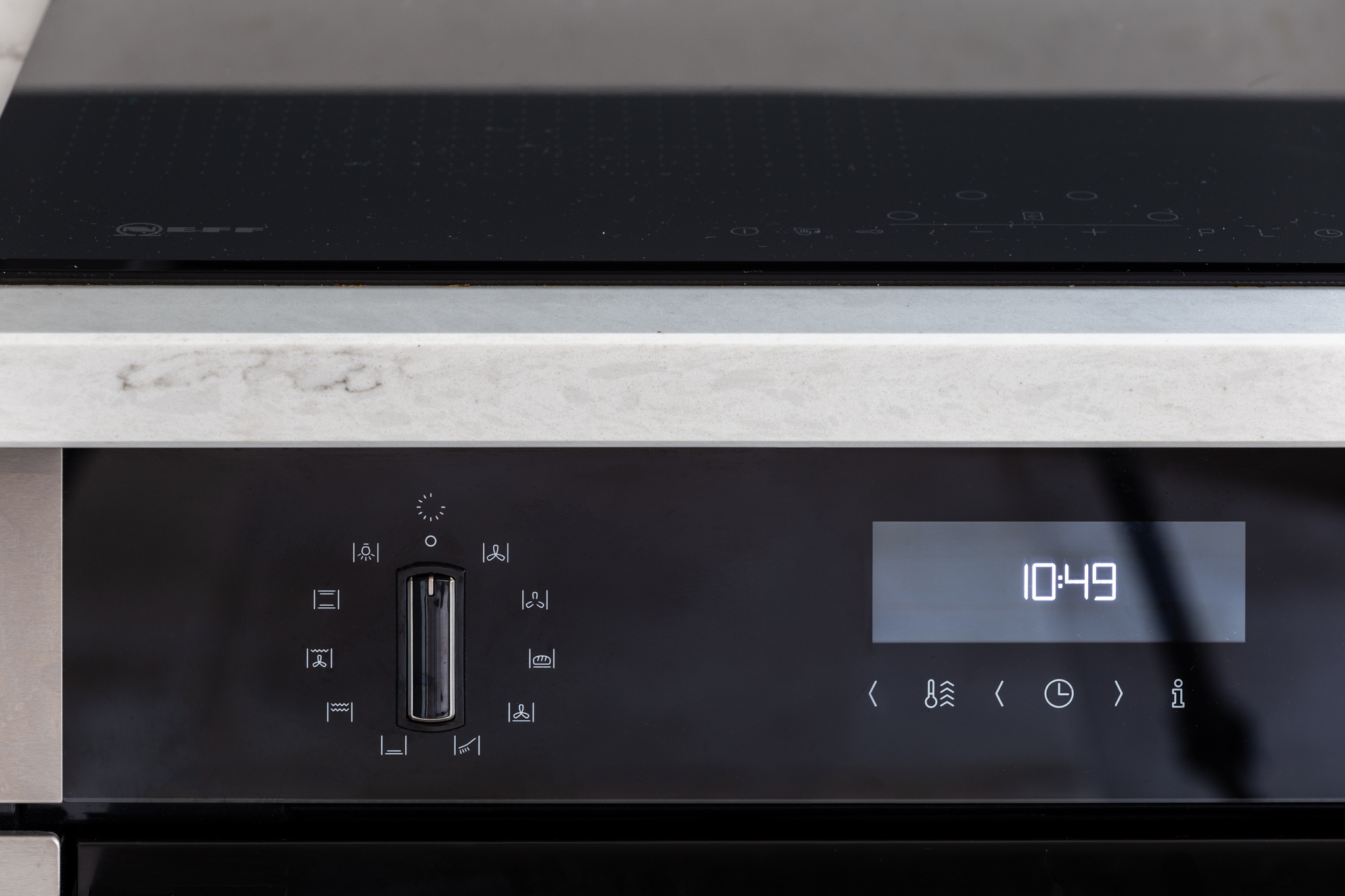 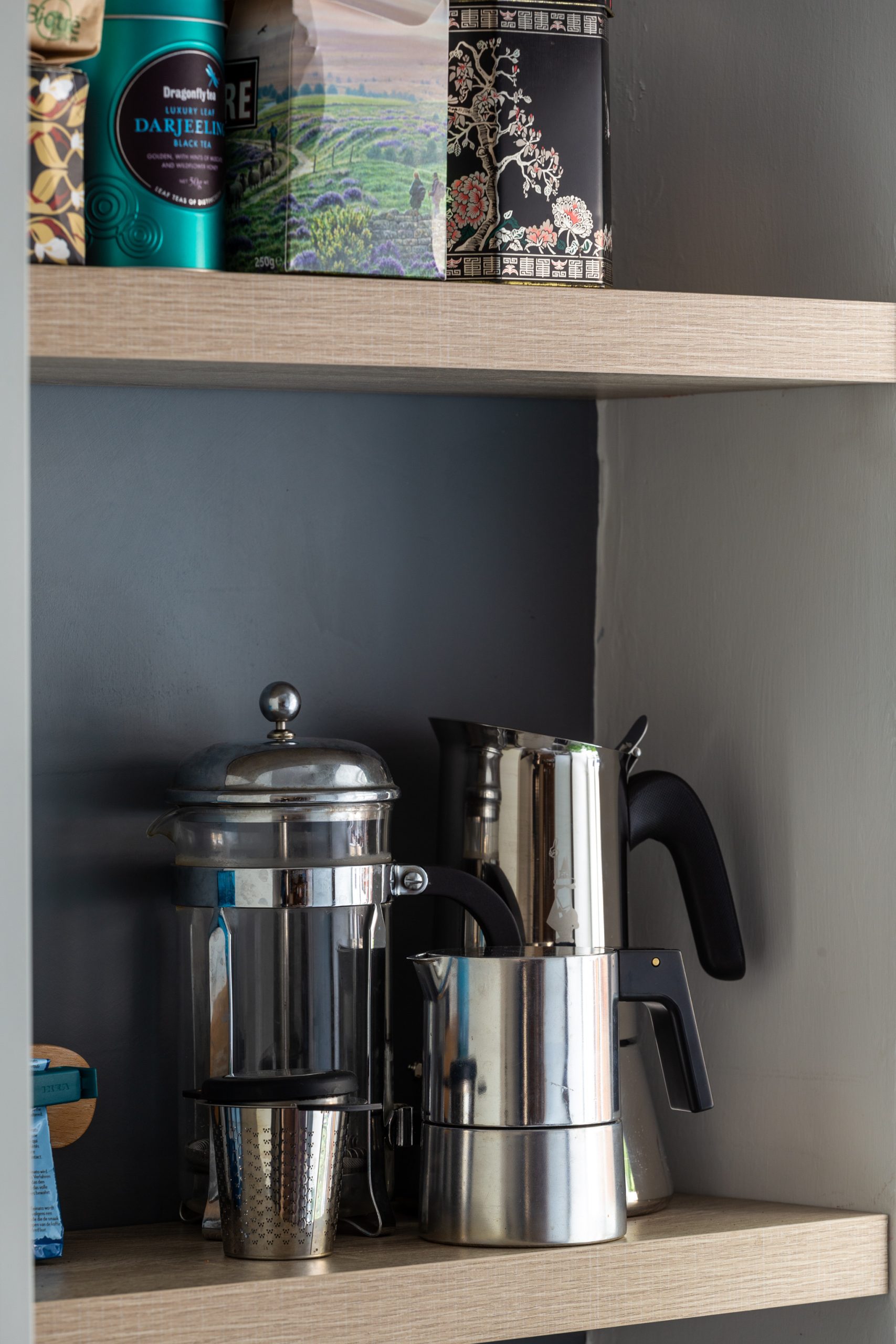 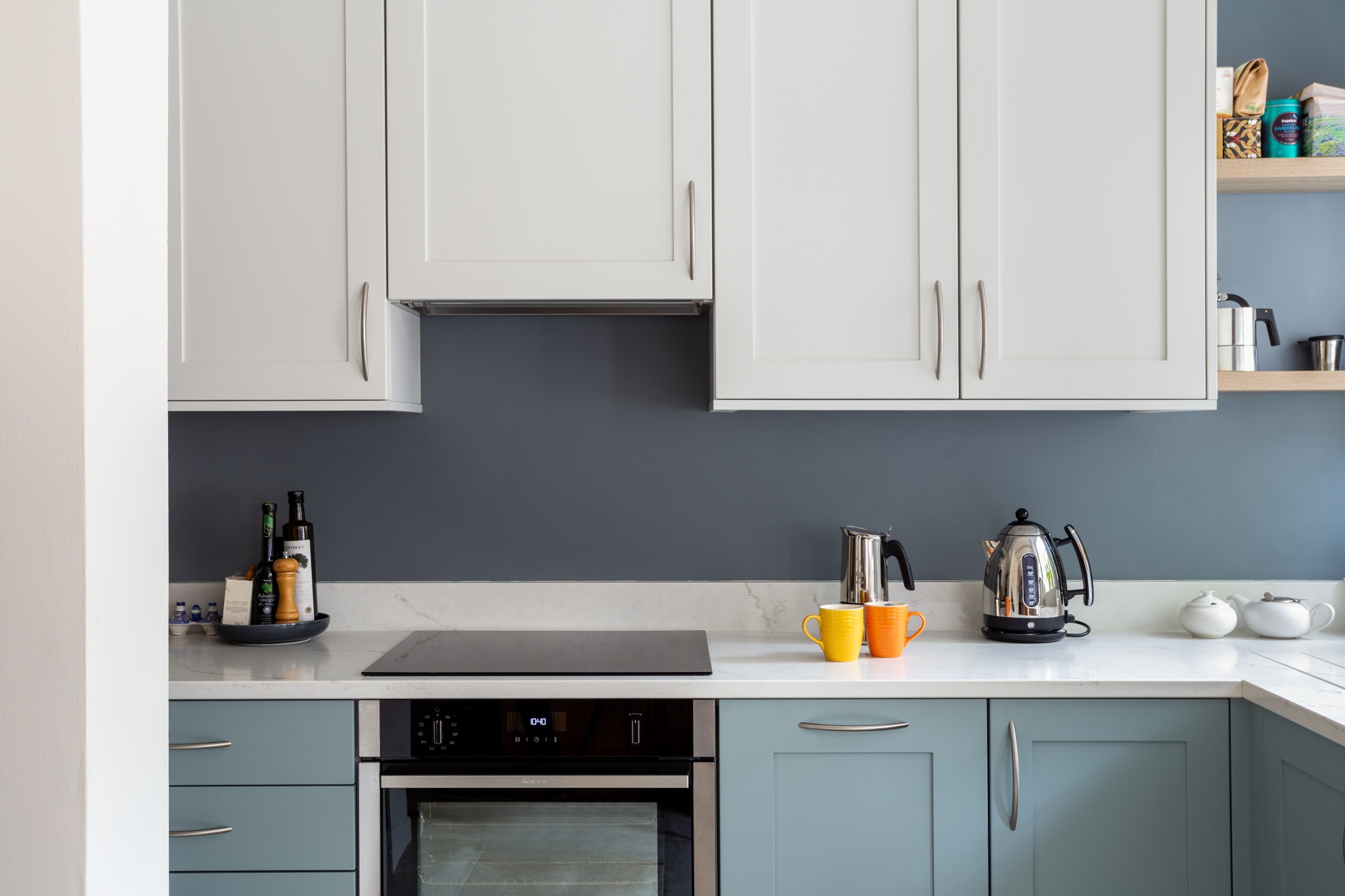 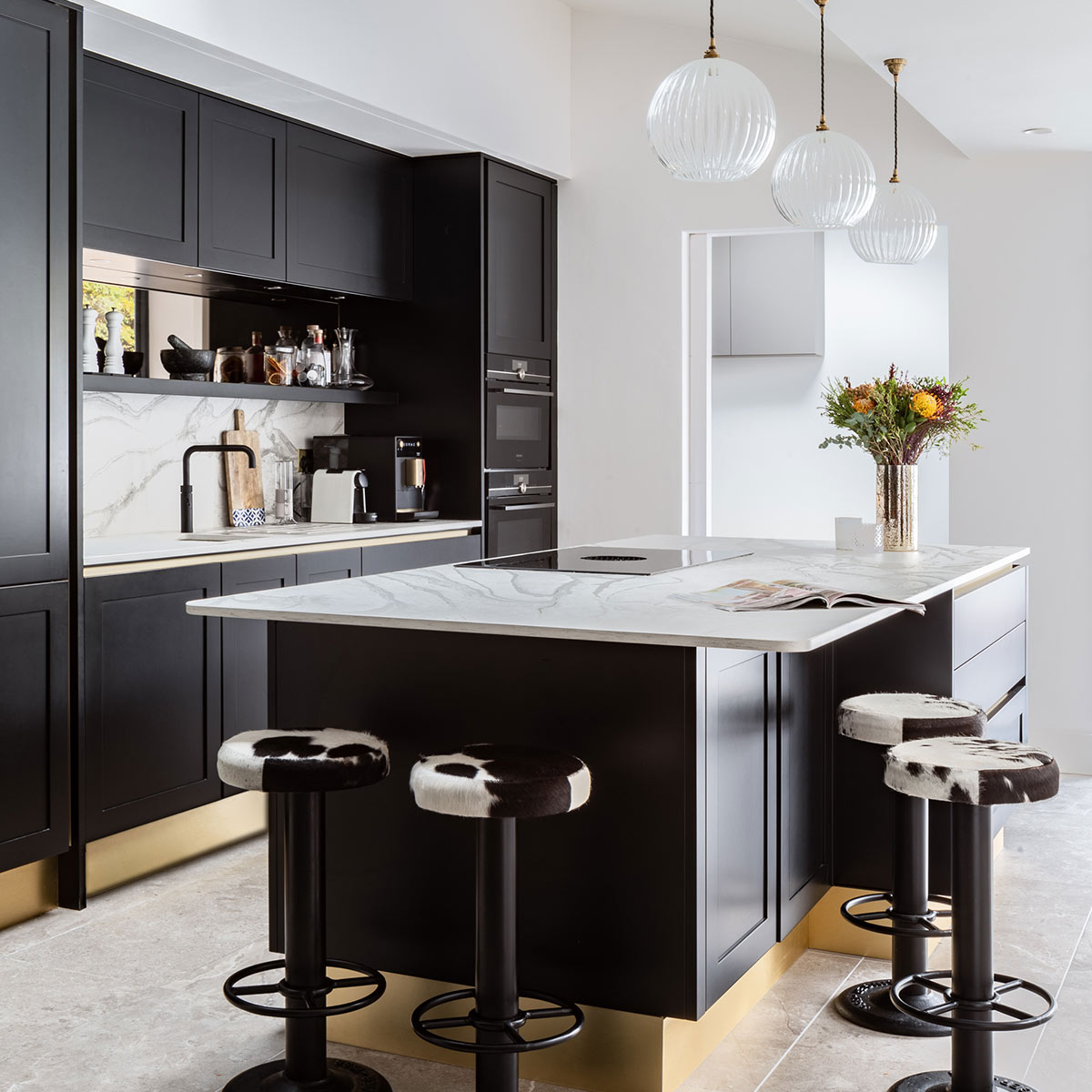 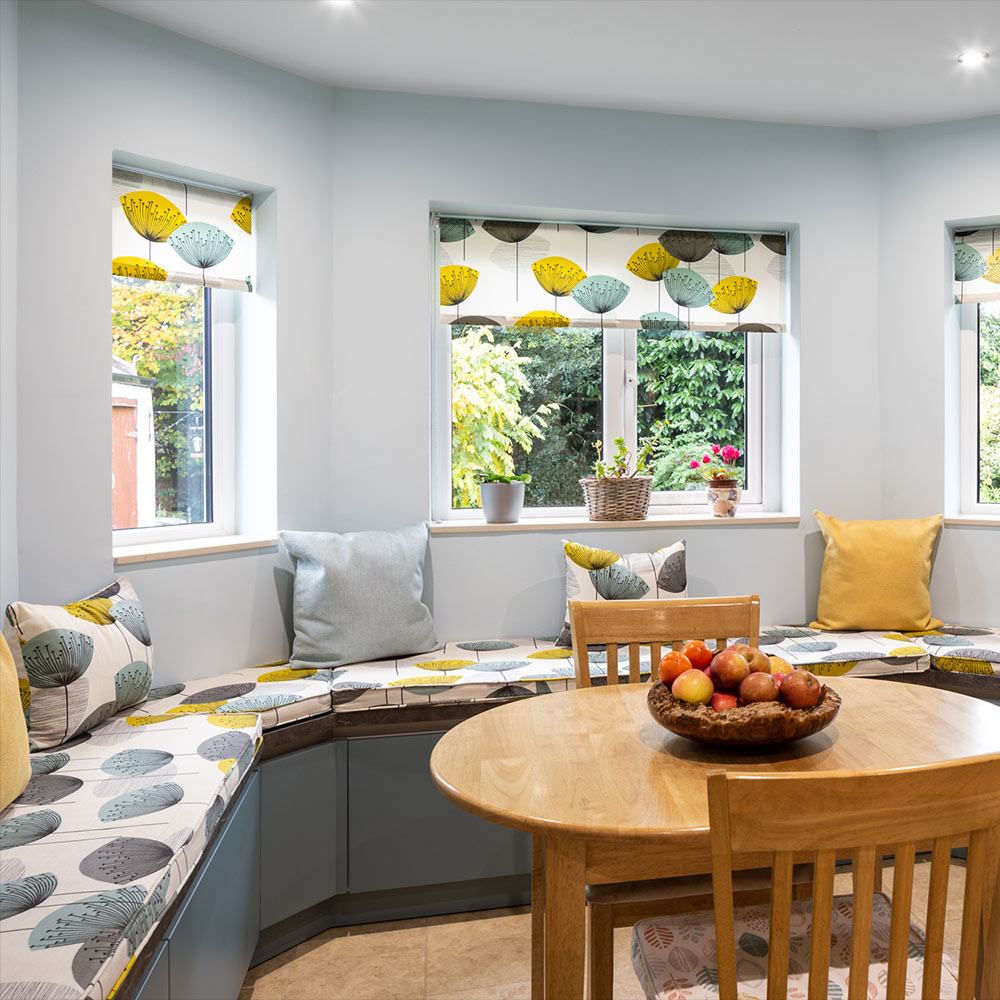 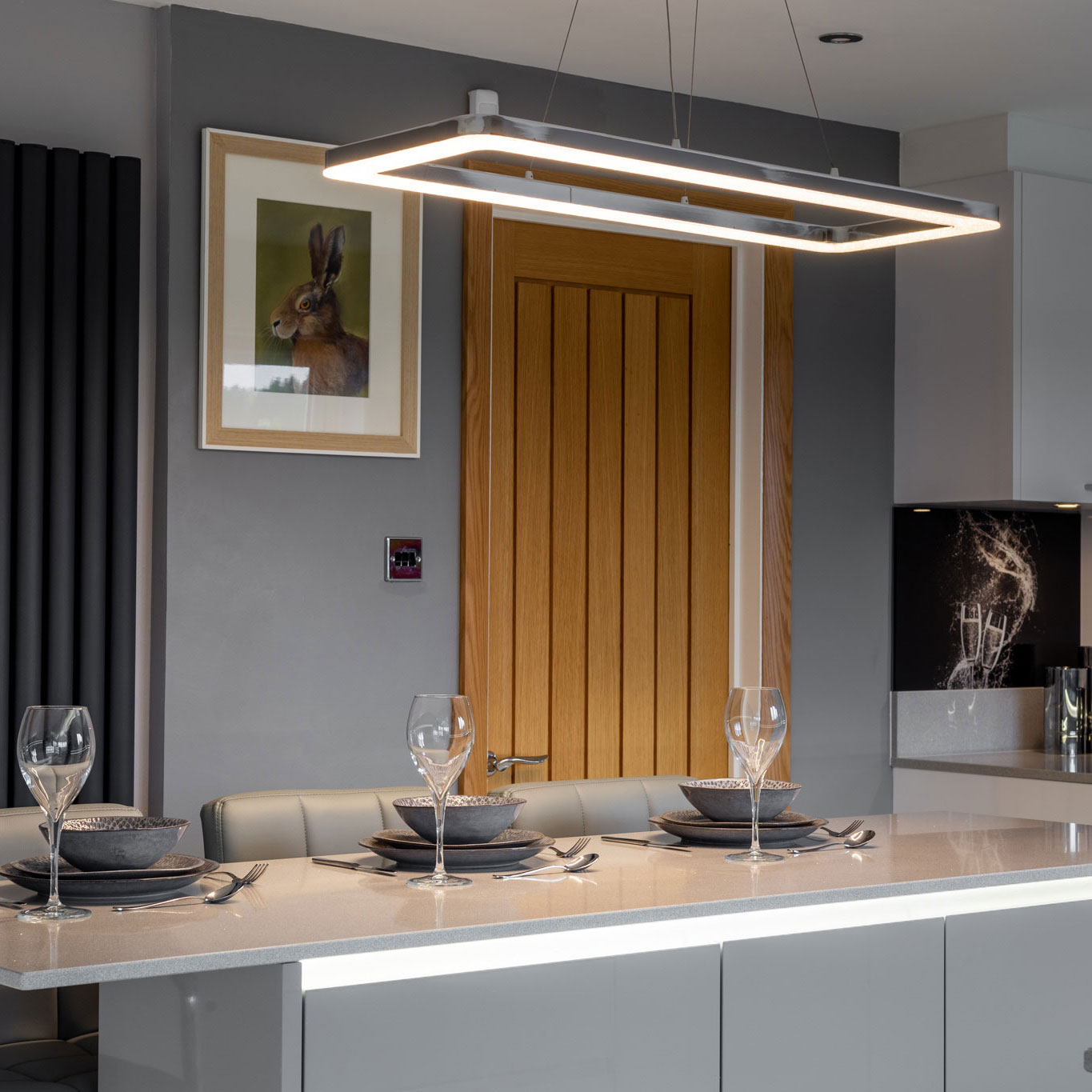 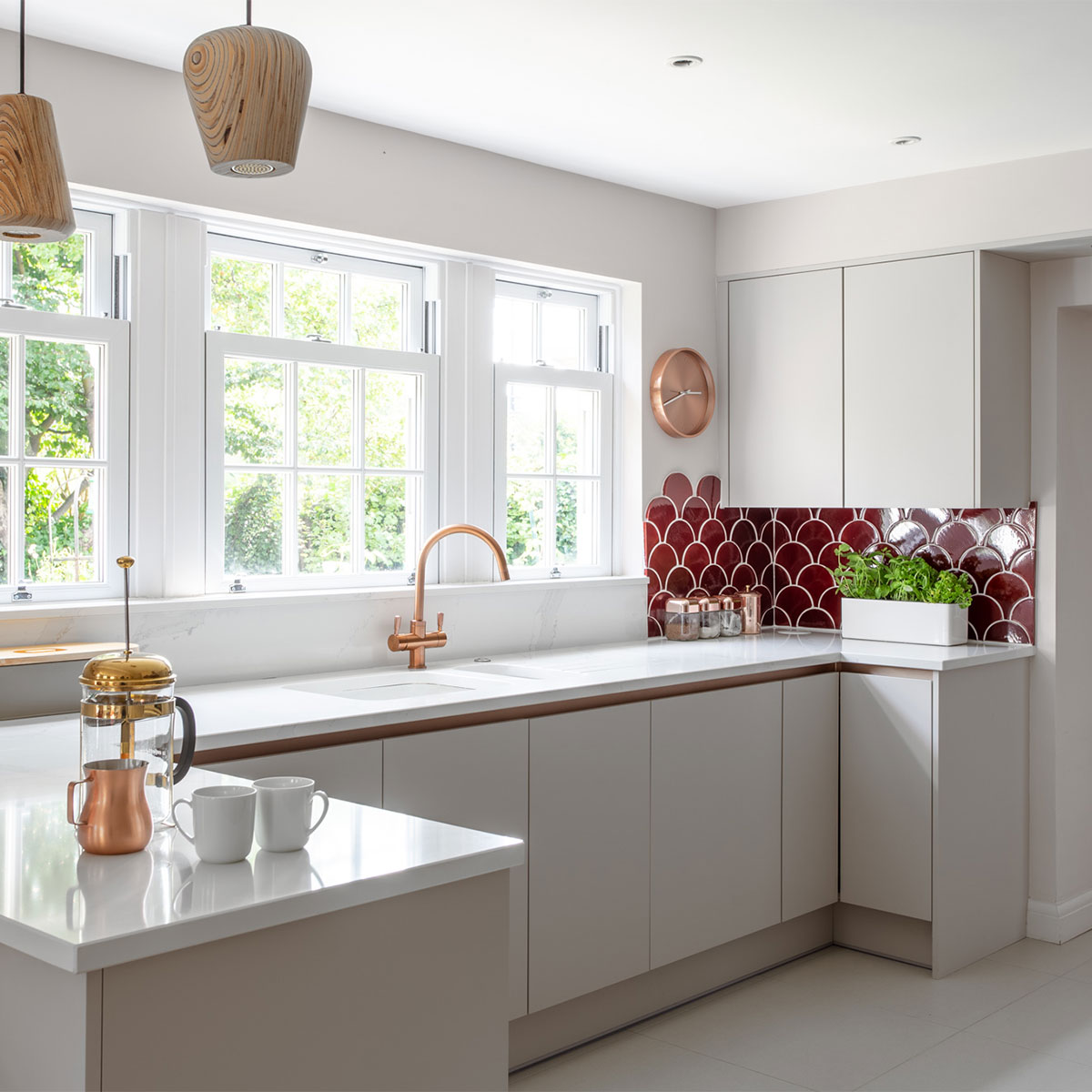 A Unique Handleless Kitchen with Accents of Copper

DO YOU HAVE A KITCHEN PROJECT WE CAN HELP WITH? WHATEVER STAGE YOU’RE AT, OUR FRIENDLY TEAM ARE ALWAYS HAPPY TO CHAT AND OFFER IDEAS AND ADVICE. FROM DESIGN AND SUPPLY ONLY TO A FULLY PROJECT MANAGED DESIGN & INSTALLATION, WE CAN HELP.